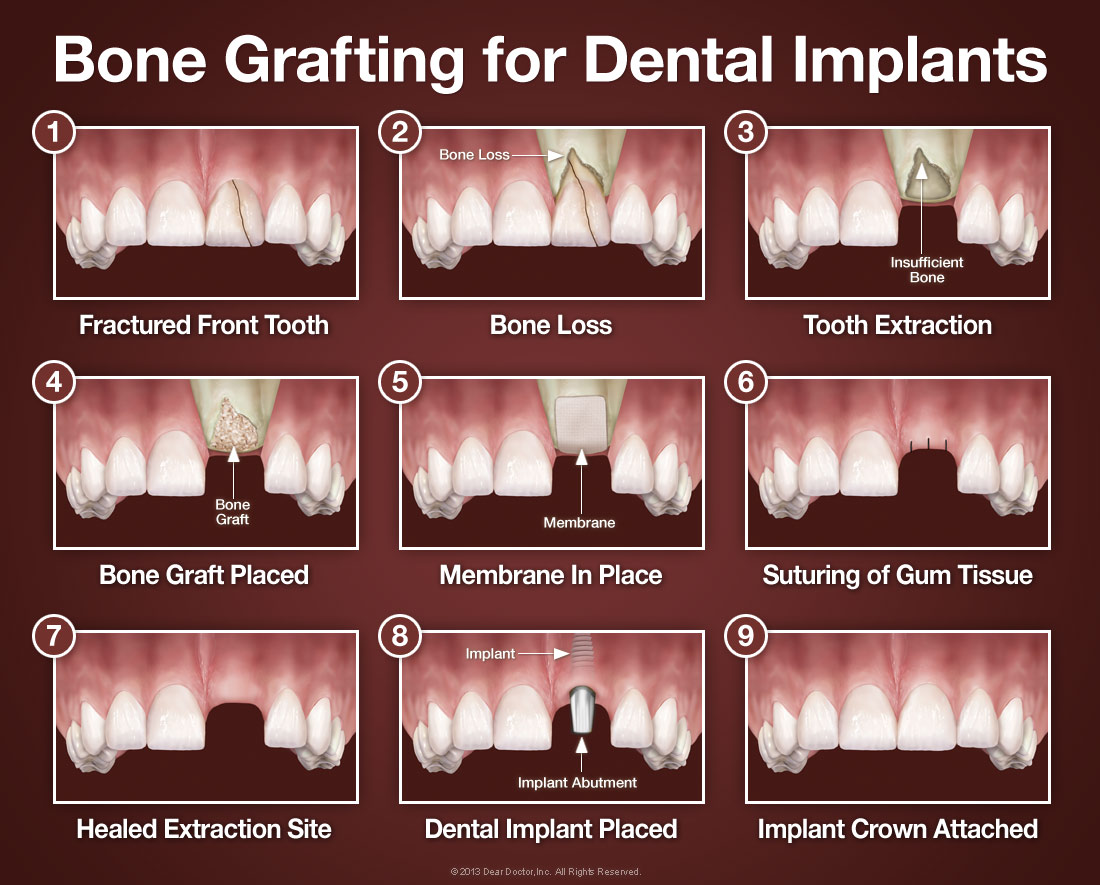 Austin Dental Plus specializes in Bone Grafting; no one in NYC is more experienced, professional and knowledgeable about the delicate intricacies of bone grafting than ADP. We are here for you in the case you need such a service!

A bone graft is used in the dental industry to rebuild a deteriorated jaw bone, in order to strengthen it sufficiently to fit a dental implant – a synthetic replacement for an extracted or knocked-out tooth. When the human jaw is left without several teeth for a long time, it starts to break down and become fragile underneath the facial tissue, eventually fragmenting and changing the shape of the face significantly. A severely compromised jaw would not be strong enough to firmly house a dental implant, and the procedure would ultimately fail as the titanium root has nothing to bond with beneath the gum line. A bone graft builds up the width and shape of the delicate jaw, allowing it to regain some of its former strength.

Not all dental bone grafts are performed in exactly the same way; most operations involve taking a sliver of bone from somewhere else in the patient’s body, or from a donor, and surgically attaching it to the remains of the jaw, however, there are modern methods that can use man-made materials to build a strong, durable jaw, capable of holding the implants for decades. Because there may be two areas of surgery in this kind of situation, the healing period can be extended past its normal rate – which is around six months; the new bone has to bond fully with the weakened bone, before the implants can even be placed.

Although the jawbone can really change the overall shape of the face, the only way to directly determine whether a graft is necessary is to perform an x-ray; if your dentist thinks your jaw has suffered some deterioration, they will carry out a series of x-rays from all angles, to get a full picture of what condition your jaw is in beneath the surface

What are the different types of bone grafts?

Autogenous – Where possible, this is the technique that most dentists prefer to use; it involves a surgeon cutting away a section of bone from another part of the patient’s body – usually the hip, because it is dense and marrow-rich, which will help it bond well with the jaw – and then surgically grafting it to the structure of the face. This is generally considered the most desirable method, simply because it reduces the chances or rejection by using the patient’s own tissue; where percentages are concerned, it has proved to be more successful than the other techniques.

Allografts – As mentioned briefly above, a donor is sometimes required to rebuild the jaw; this is necessary if the patient’s bone density is not suitable or they are unfit for on-going surgery due to health reasons. The procedure is more or less the same as an autogenous graft, except that the tissue is not taken from the patient themselves, it comes from another person – often a dead body, if the bone is still viable. Donations have to be tested extensively before they can be used in a live recipient, to make sure they are healthy and not carrying any diseases. This might sound like an undesirable option, but in fact there is a high rate of success with grafts taken from deceased donors.

Xenografts – If a human donor is unavailable, the surgeon can use a similar technique with an animal bone – normally cows, as they have strong, thick bones that bond well with human tissue. In the same way as with allografts, the section removed has to be carefully tested for diseases and compatibility before it can be implanted into the human patient; if the cow bone is rejected by their system, it will have to be removed and the treatment is back to square one. Fortunately, as the general structure of bones is fairly similar in our bovine neighbours, there is not a significant failure rate with this type of graft. Some people might not like the idea of having an animal’s bone implanted into their body, but it should fuse with the human tissue quite quickly and start to grow around the implants as though it has always been there.

Alloplastic – As the name suggests, this type of graft does not use natural bone samples to widen the jaw, it works with a man-made material called calcium phosphate, which is highly durable and can retain the structure of the face over a long period of time. There are two types of phosphate that are used in alloplastic grafts; one that is degradable and will eventually be absorbed by the body as the natural bone structure is replenished, and another that is grafted permanently to the patients jaw, supporting the implants long-term.

How is a bone graft performed?

That depends on what sort of procedure is suitable for the patient, i.e. whether the bone section is coming from the patient themselves, a donor, or a synthetic source.

If you are undergoing an autogenous graft, you will be admitted to the hospital for this operation, as the dentists is not trained or equipped to carry out this part of the treatment. You will be placed under general anaesthetic (you will be unconscious for the duration), and a small incision is made at the source of the bone transfer – this process is sometimes described as tissue ‘harvesting’. With the area opened up, the surgeon can cut away a small section of the hip bone, without compromising its structural integrity or changing its shape. If you are having bone implanted from a cadaver (dead body) or your dentist has recommended a synthetic device, you won’t have to undergo this surgery, which is an infinitely preferable scenario for most people, but often it has the best outcome, where implants are concerned.

When enough bone has been removed, the surgeon will make another incision along your jaw line, in order to fuse the two pieces together. Although this procedure is not as high-risk as some other cosmetic enhancements, don’t forget that it is still considered surgery and should be treated as such. If you would like to know more about how you can begin some facial reconstruction for the purpose of getting dental implants, talk to a member of the team at Austin Dental Plus today, they can provide you with information on all the available treatments, as well as applicable costs.

What should I do if I think or have been told that I need a bone graft?

If you would like to know more about how you can begin some facial reconstruction for the purpose of getting dental implants, talk to a member of the team at Austin Dental Plus today, they can provide you with information on all the available treatments, as well as applicable costs.

No comments to show. 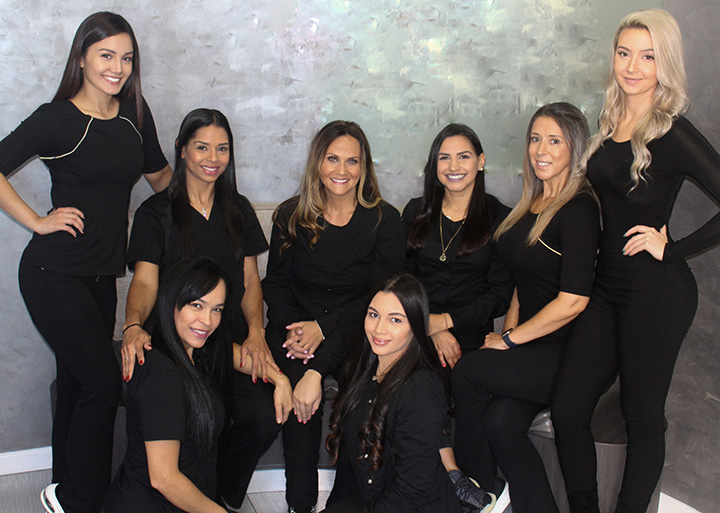 Posted on August 26, 2022July 3, 2022By dental1
Posted in Dental HygienistsDentistryRDH

What Is A Dental Hygienist And When Do I Need One? 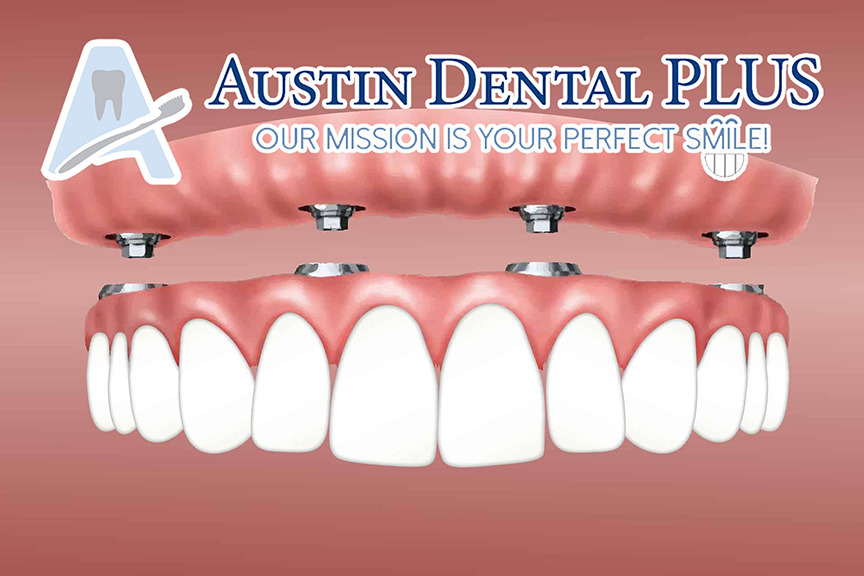 What Are Dental Implants?